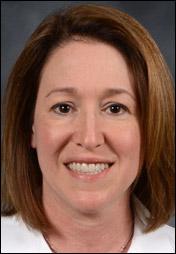 Dr. Amy D. Lazar graduated from Cornell University in 1988 and received her medical degree from University of the Health Sciences/Chicago Medical School in 1992. She completed a General Surgery internship at Lenox Hill Hospital in New York City. She began her training in Otolaryngology – Head and Neck Surgery at Manhattan Eye, Ear & Throat Hospital and completed her residency at Boston University Medical Center, where she served as chief resident in 1997-1998. Dr. Lazar is currently Chairman of the Division of Otolaryngology at Robert Wood University Hospital Somerset, in Somerville, NJ, and she has held this position several times. She was named as one of New Jersey’s Top Docs by NJ Monthly Magazine in 2011, as one of Castle Connolly’s New York Metro Area Top Docs in 2012 and 2013, and as a Top Doc in The Star Ledger’s Inside New Jersey Top Doctors edition in 2013 and 2014.